This morning, the Bureau of Economic Analysis released its first estimate of second-quarter gross domestic product (GDP) growth. From April to June, GDP plunged 32.9% – faring just slightly above the 34% estimated. This number is well within the range of estimates which had varied widely, due to deep economic uncertainty. Recall that GDP fell 5.0% in the first quarter.

The latest results mark the sharpest decline in GDP in post-war history. To compare the magnitude of the current situation, the worst quarter during the Great Recession was an 8.4% GDP drop in the fourth quarter of 2008. The previous low-water mark was a 10% decline in the first quarter of 1958, which, interestingly, was associated with a flu pandemic. It was blamed for a drop of about 15% in the Dow in the second half of 1957.

Everything about the data in this release is historic, but there are a few things that call for special mention.

Disposable personal income in the quarter soared, up to $1.39 trillion for the quarter. By comparison, growth in the first quarter was $193 billion. This order-of-magnitude increase was more than accounted for by federal income supplements, which offset the decline in private compensation.

The gain in disposable income notwithstanding, the drop in GDP was powered by a $1.57 trillion drop in personal expenditure.  People dramatically increased their savings/cut their consumption.  The personal savings rate jumped to 25.7% in Q2, compared to 9.7% in Q1.  The services sector was the hardest hit, and was, interestingly, led by health care expenditures.

Of course, there is much more detail in the data, and these are just a few highlights of the release.  It is important to remember that this is the first estimate of the quarter and is based on incomplete data that is likely to result in notable revisions in the coming months, both in the aggregate size of the downturn and its composition. As a personal matter, I would note that the international trade data is extremely preliminary and given the worldwide nature of the problem, may be subject to a particular revision. 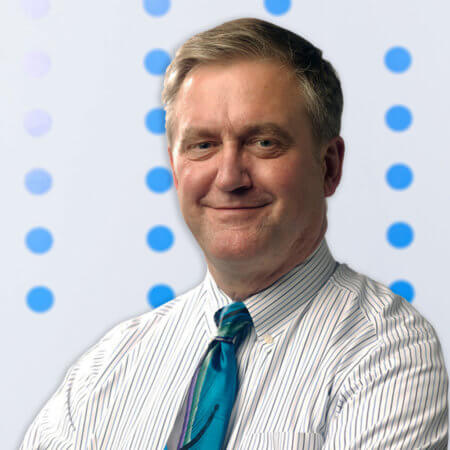 Tom joined the Federal Reserve Bank of Atlanta as an economist with the macropolicy group in 1985. He was promoted to senior economist in 1989 and to research officer and senior economist with responsibility for the regional group in 1992. Cunningham retired in 2015 after a 30 year career. He has recently joined the Metro Atlanta Chamber’s leadership team as chief economist. Cunningham’s deep experience covers all aspects of applied economics and real estate trends, and he is a specialist in macroeconomic policy and regional analysis. Throughout his career, he has interacted with multiple business leaders and companies in the Southeast, and has deep knowledge and expertise in areas such as real estate mortgage, mortgage finance, insurance, capital markets, transportation and government.